This study aims to provide graphic information based on spatial analysis of statistics on the distribution and concentration of poor people in Sragen Regency. The analysis in this study was carried out by calculating the concentration of poor community areas with Jenks Natural Break distribution method, then the results were combined with a spatial approach so that the concentration map of the poor in Sragen Regency was obtained. The results of the analysis in this study showed that the people with the lowest 40% welfare condition were identified as 81,620 Heads of Households and as many as 250,294 individuals, then an increase of 30% in the 2017 data update. These groups were mostly concentrated in the north and west Sragen Regency with a pattern that tends to cluster and is concentrated in Sumberlawang and Tanon Subdistricts, the number of poor people in this area is identified as 39% of the proportion of its population. Spatially these two regions are directly adjacent, this indicates that the geographical element has an impact on the number of poor people in that regions. 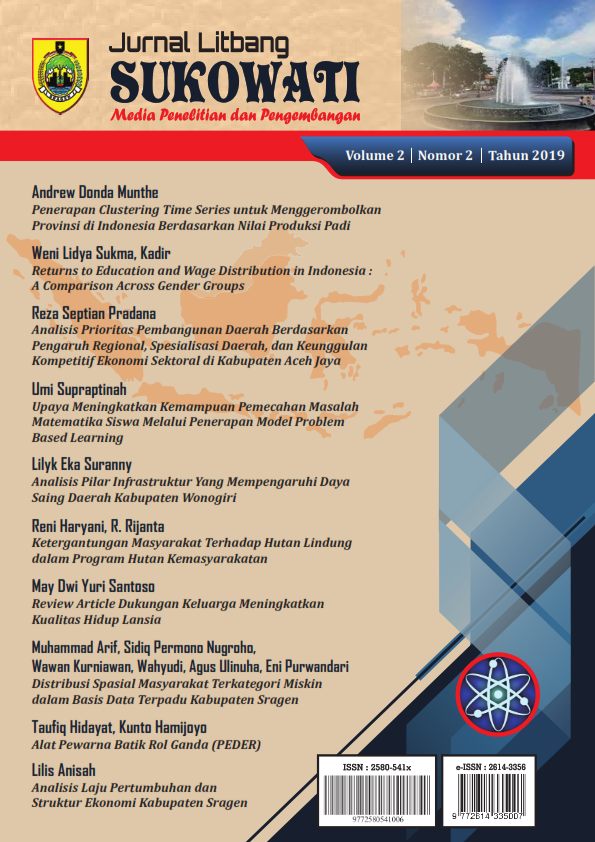