Cities in Indonesia are currently developing smart cities. Denpasar City can be the best practice of developing a smart city in Indonesia. This study aims to determine the processes and factors that influence the process of Denpasar City in achieving the first rank of the smart city. This research uses a qualitative inductive approach with a case study strategy. The results of this study reveal that there are three stages by the City of Denpasar in achieving the first rank of smart city, namely stage I of ICT development, phase II of community development and the presence of PRO Denpasar, stage III of the innovation-oriented smart city. This study also found that Denpasar City developed two new dimensions, namely smart philosophy and smart creativity. The two new dimensions are not found in the theory or development of smart cities in other cities. 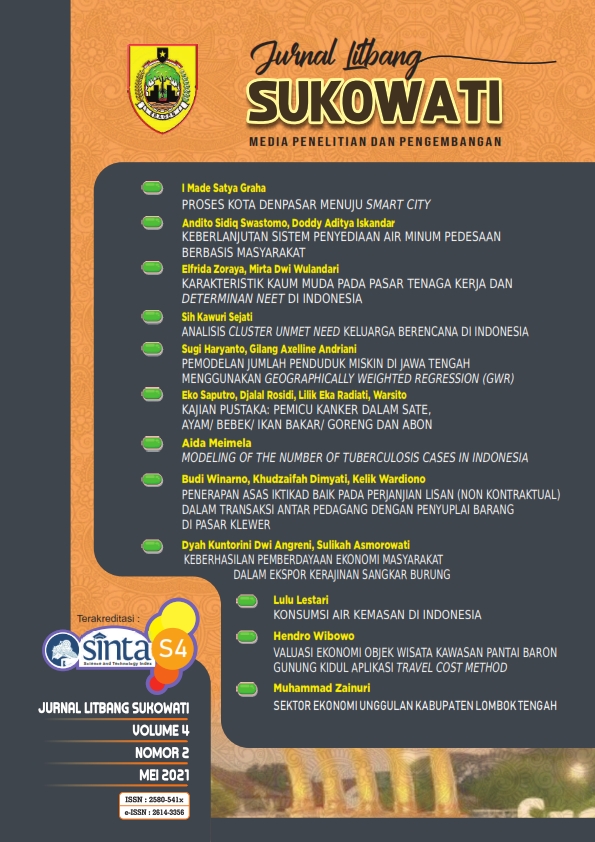